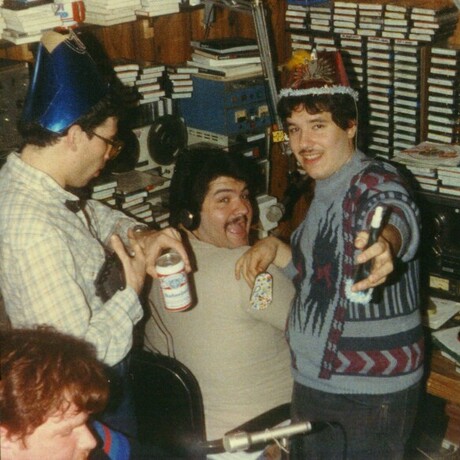 What would New Year's Eve be without a wild and wooly WHOT broadcast? This time around we bring you the last hours of a marathon fourteen-hour broadcast (sadly, the first eight hours have gone missing over the years) as The Brooklyn Station rings in the New Year with a chaotic gathering that brings the listener into the wildest party they've ever attended! Sometimes these shows would get a little out of hand, and this one is no exception. Special guest Nick O'Brian stops by to add a little extra madness to the proceedings, and Hank imbibes a wee bit too much (resulting in the first known live double-reverse-peristalsis in broadcast history). As Howard might say, "it's just insanity"! Get ready to tie one on 1980s-style - you've been warned! Cheers! 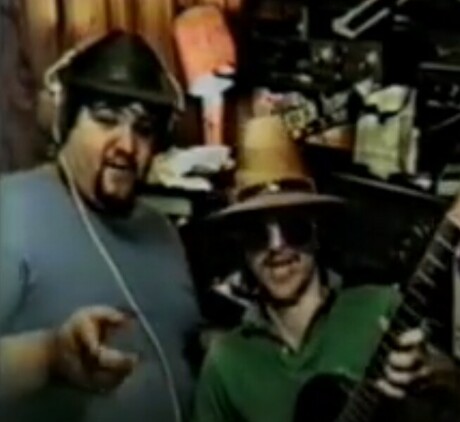 Any excuse for a party! This week we flash back to the WHOT 3rd Anniversary show, a star-studded affair filled with plenty of music and memories as The Brooklyn Station celebrated their THIRD year of broadcasting! There's even some pre-WHOT sounds from the earliest days of the New 91 and a Half, a new installment in "the History of Hank and Jim", plus the latest Big Sound Survey from 37 years ago and a whole lot more fun! Get out your funny hats and grab a plate - it's time to get your party on. Enjoy! 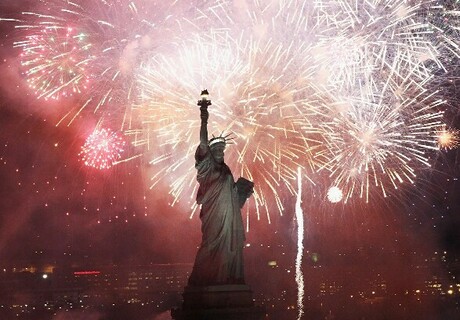 Big holidays usually meant multiple days of broadcasting on The Brooklyn Station and Independence Day was certainly the template for big weekend broadcasts! This time around we go back to the steamy summer on 1987 as The Hot One kicks off a big weekend of Independence (as we did every year). The phones are ringing and the music is swinging. Behind the scenes, WHOT was preparing for the upcoming dawning of Radio New York International, which was just mere weeks away (upcoming trips to Boston where The Sarah was being prepped are referred to by the code name "Biloxi" on the air) so there's added electricity in the air. It's a wild and woolly night starting a weekend of fun as we continued declaring our independence from boring radio. Enjoy! 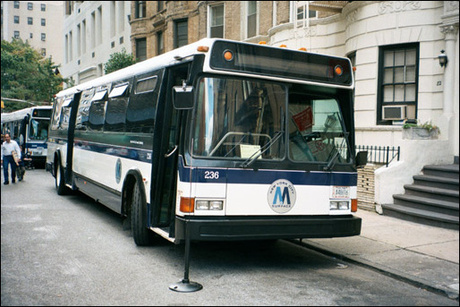 We travel back to Memorial Day Weekend 1984 for this week's offering, featuring the first appearance of WHOT's own Chuck Simpson! Chuck (who spent his time disguised as a mild-mannered city bus driver back then) provides answers to all the questions you ever had about above-ground mass transit with the first-ever edition of "Ask A Bus Driver"! Of course there's the usual fun and insanity you would expect from The Hot One and more. Grab a transfer and enjoy! 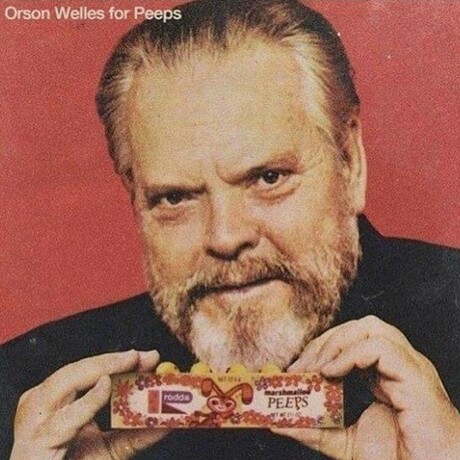 Just a few days after Easter The Brooklyn Station took to the air for another night of music and merriment - this week featuring lots of brand new records to supplement the music library (just one of many over the years) and also feeling in the musical mood for some live guitar jams as well. There's the usual great calls and requests from the loyal listeners of The Hot One as the spring season approaches. More great fun from the New 91 and a half - enjoy! 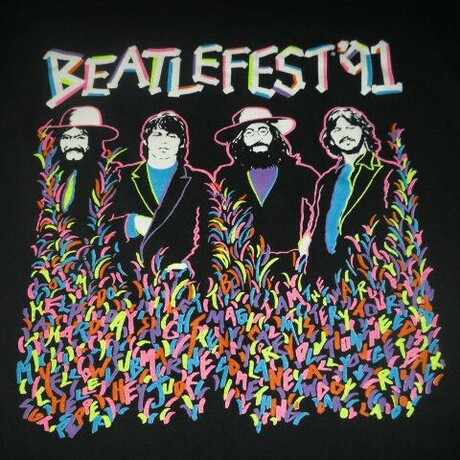 Since the Fest for Beatles Fans has been postponed until October, I thought it might be fun to go back and revisit a Radio Free New York broadcast (pieced back together from the online recordings and a listener-supplied aircheck) that was done LIVE from Beatlefest '91, back at the old Meadowlands Hilton Hotel (as it was still known)! This was a pretty ambitious affair for the day (made possible by good old Comrex technology) featuring the sounds of the annual Beatles fan get-together! There are interviews with Fest founder Mark Lapidos, Lizzie Bravo (who sang backing vocals on "Across The Universe", a long-time Fest friend), emcee Jimmy Fink (then of 92.3 K-Rock), plus a hotel room sitdown with publisher on The 910 Doug Sulpy who dishes on the long history of Beatles bootlegs and The Get Back sessions. There's also the regular RFNY features (check out Jim Nazium sitting in for Al on "Frontiers of Science"!) and an Ivan interview with producer, composer and arranger Johnny Mann (he of the 'Johnny Mann Singers') and a lot more fun. I used to love the eclectic, free-form vibe of the Radio Free New York Shows and I think YOU will, too. Enjoy! 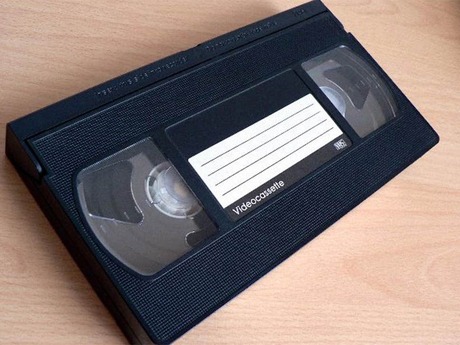 This week we venture back to Spring of 1988 to the heady days of The Brooklyn Station when things were riding high for WHOT on the New York airwaves. This night featured the typical silliness that The Hot One brought to everyone's radios, enhanced by a visit from our friend Scott, clearly a terrible influence on the proceedings. On this night, we learn a thing or two about the Neutral Safety Switch, what Friday nights were like on the radio in those days, Hank's forays into white-collar vandalism and a whole lot about certain VHS tapes. This was how things used to roll back in the day, so come roll along with us. Enjoy! 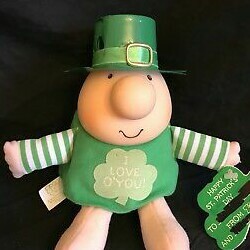 'Twas the wee early hours of St. Patrick's Day 1984, and everyone's favorite leprechauns Hank and Jim were live and local, entertaining the fine folks of Brooklyn with their usual brand of hijinks. A very talkative and entertaining show find the fellows in a reflective mood, which leads to an evening full of hysterical stories and anecdotes, all surrounded by great music and lively chat with the listeners. It's nights like this that made The Hot One "must listen radio"! May your blessings outnumber the shamrocks that grow...enjoy! 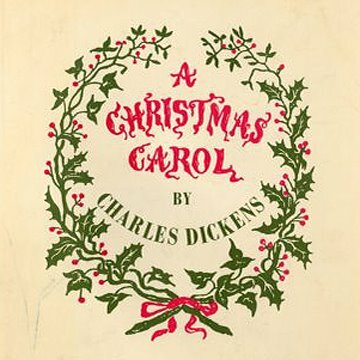 As we do every year, we present our annual posting of "A WHOT Christmas Carol" featuring Jim Nazium in the role he was born to play - Ebenezer Scrooge! Originally presented on Christmas Eve of 1988, this was to be an annual event on The Brooklyn Station, with adjustments made every year to keep the script up-to-date on the latest goings-on, but alas - it was the ONLY presentation as the FCC shut down The HOT One in the summer of 1989. Most of the WHOT staff is featured here with enough in-jokes and asides to keep you guessing forever! Sit back and admire the tree while we give you the Dickens. Enjoy! 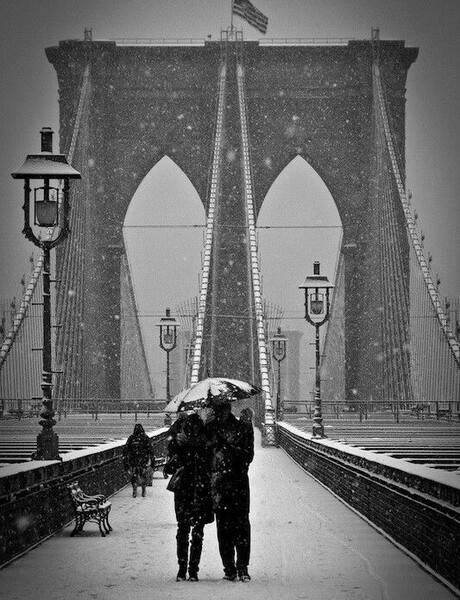 It's Holiday Time, and what would that be without a classic WHOT broadcast? This time around we turn back the clock 36 years (yikes!) a rare Christmas-Eve-Eve SNOW SHOW from The Brooklyn Station! Probably the last time I can remember there being snow on Christmas Eve, this night brings the usual shenanigans from Hank and Jim as well as some festive yuletide fun. There's some new reverb trickery afoot on this evening, Coke bottles a-plenty, a sprinkling of holiday tunes and a whole lot more. We've got the entire show here for your tree-trimming accompaniment so cozy up with a nice warm beverage and enjoy!

Your donations make this
podcast possible.